The Steve Clark YMCA and Student Wellness Center on the Campus of Wichita State University is the Greater Wichita YMCA's tenth full-service, branch location serving the entire community. First announced in 2017 - and quickly meeting its capital campaign goals - the facility has the opportunity to uniquely serve specific communities including the students, faculty, and staff of the university as well as the surrounding neighborhoods that, statistically, are in high need of resources and programs the Y provides including youth development and healthy living.

The facility hosted the Dedication Gala for about 300 people and featured remarks from several Greater Wichita YMCA leaders - current and former, and those involved with the project including representatives from both Wichita State University and Wesley Medical Center, and capital campaign chair and building namesake Steve Clark. Attendees were also among the first to see and tour the entire facility. 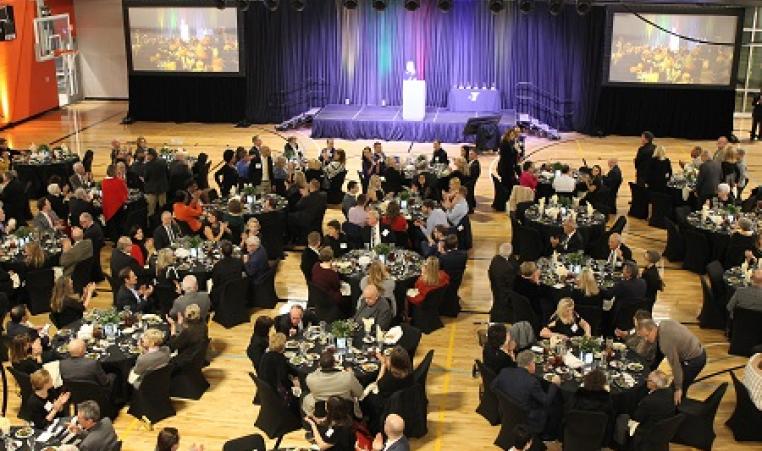