A Place Where We All Can Be Leaders

Expand all Collapse all
The Greater Wichita YMCA Leadership Team 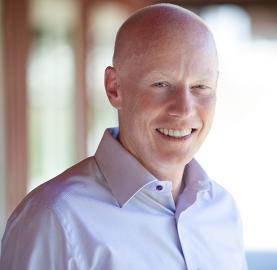 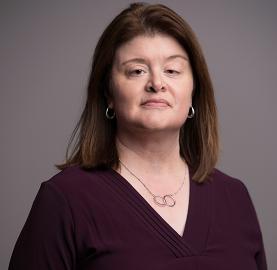 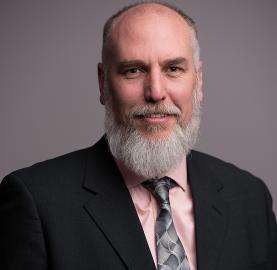 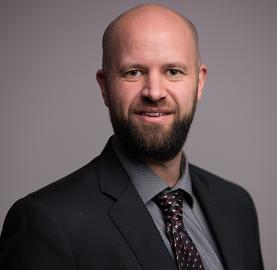 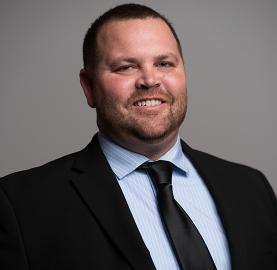 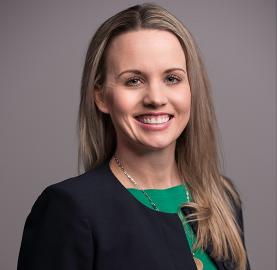 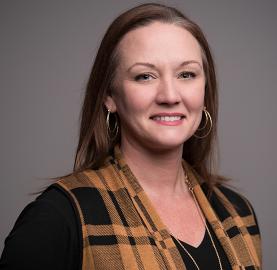 Shane is an Estherville, IA native.  He holds a degree in Mathematics Education from the University of Northern Iowa.  Shane began his YMCA experience during college at the YMCA of Blackhawk County where he worked as camp counselor, lifeguard, fitness, childcare programs, sports and membership.  He began his career with the Heritage YMCA Group in Naperville, IL as Program Director working mainly with children programs throughout the community.  Shane moved in to the role of Director of Childcare, Family and Community Outreach managing programs within the Naperville community as well as with the Oswego YMCA.   He held the role of Operations Director at a community outreach branch and membership branch before moving in to his current role at Andover.  Shane is married to Nicole and they have a 5 year old daughter, Ava, and recently welcomed Ayden to their family. 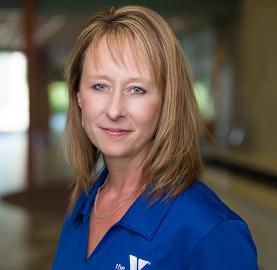 Andrea holds a Bachelor's degree in Organizational Management and Leadership from Friends University Wichita as well as an Associate of Applied Science in Early Childhood Education. She began her career at the Greater Wichita YMCA in 1997 as the Program Director for the East YMCA Early Learning Center. Andrea accepted the position as Branch Director for Child Care and Camp in 2016. She is dedicated to our mission to serve all and advocates at both the local and state level for youth development programming and the needs of Kansas families. 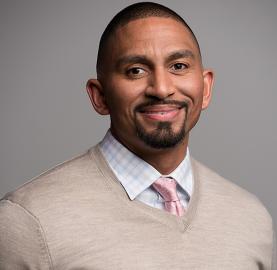 Terrell began as the Branch Director of the Robert D. Love Downtown YMCA in February of 2017 after many years of service to multiple organizations in the health and fitness industry. Terrell and his family have been members of the YMCA of Greater Wichita since returning to the area in early 2016. Terrell has served the Wichita area in several capacities such as being a volunteer for Big Brothers/ Big Sisters, Communities in Schools, and the Real Men Real Heroes campaign, in addition to his service as a Board member for The Boys and Girls Clubs of South Central Kansas. Terrell received his degree from Wichita State University after four years of basketball and lives here with his two daughters.

Jason graduated from Wichita State University in 2004 with a BA in Sport Administration. He began his career with the Y in 2003 as an intern and Manager on Duty for the South YMCA. In 2005, he left Wichita to become a Sports Director for the YMCA of Greater Kansas City. He returned in 2009 as the Sports Director of the new Andover YMCA. In that role, he’s served on the Andover Chamber of Commerce Board of Directors, and the City of Andover Parks Committee. He also earned the Annual Campaign Staff Campaigner of the Year award for the Andover YMCA, as well as the Kevin Padrnos award for the Greater Wichita YMCA. 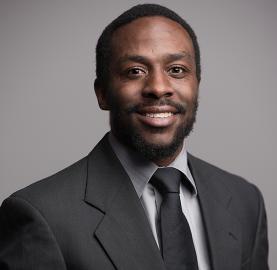 Trey graduated from Friends University, in 2007, with a BA in Health Management and Minor in Business Administration.  Trey began his career with the Y in 2006, as an intern.  In 2007 he began working at the East YMCA as the Manager on Duty and after a year was then promoted to Membership Director.  In 2013 he then moved to the North YMCA as a Director in the same role.  In 2014, Trey left the YMCA and began to work in the health field as the Chief Operations Officer for a Health & Dental Clinic in Wichita. In August of 2018 he returned to the Y and accepted a position of Senior Program Director of the Dennis Schoenebeck North YMCA. 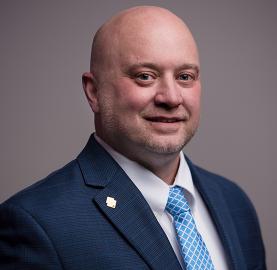 David Foster is in his 23rd year as a full-time employee of the YMCA.  He began his YMCA career as the Sports Director at the YMCA in Edmond, OK in 1997 and he has served at YMCAs in Oklahoma, Colorado, Texas, and Kansas.  He is currently the Branch Director at the Richard A. DeVore South YMCA in Wichita, KS.

Foster is very involved in his local community having served in local Rotary Clubs, Chamber of Commerce Boards, and various other leadership capacities.  He is a YPN (YMCA Professionals Network) Member and former Chapter 71 YPN Board Member.  In addition, he has spoken at national YMCA conferences on a variety of topics including board/volunteer development and community partnerships.  He is also a YMCA certified trainer in Volunteerism and Leading and Coaching Others.

He is a graduate of the University of Central Oklahoma and has completed coursework toward a master’s degree in Sports Administration at Oklahoma State University.  He is married to Ali and they have a daughter, Audrey.  In his spare time, he enjoys exercising, golfing, exploring the outdoors, watching sports of all kinds, and spending time with his family. 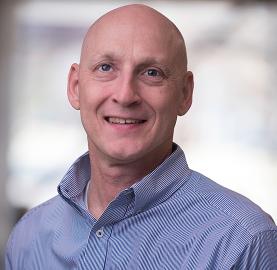 Prior to joining the Greater Wichita YMCA, Sorensen completed construction of, opened, and managed Wichita’s Opti-Life. Before moving to Wichita, Sorensen ran employee wellness initiatives at Florida Hospital Wesley Chapel, now part of AdventHealth. He has 17 total years of YMCA experience in several roles, including Executive Director for the Tampa Metropolitan Area YMCA in the under-served North Brandon community of Seffner, Florida, and a Branch Director within the First Coast YMCA in Jacksonville, Florida. Sorensen has also worked in sports information and media relations for Jacksonville University.

Ashley began her YMCA career in 1999 where she started as a program director in Jacksonville, Florida. In 2003 she moved to Tampa, Florida to continue her career with the Tampa Metropolitan Area YMCA. There she gained experience as a Senior Program Director and spent the last 5 years as the Executive Director of the Northwest and West Park Village YMCA. Ashley joined the Greater Wichita YMCA in May of 2015 as the East Branch Executive Director. She also served as the Director of the South Branch and is currently the West Branch Director. Ashley holds a Bachelor of Science from the University of Mobile.

Matt, who is from St. Louis, Missouri has been working for the YMCA since 2007 and for the Greater Wichita YMCA since 2020. Matt has experience in youth programming, camp, sports, operations, and aquatics. As a youth, Matt was able to participate at his local Y through the Annual Campaign so he knows firsthand how a YMCA can impact its community. Matt is married to Jill and they have 2 boys, Emmett and Tucker. Matt holds a degree in Physical Education from Lindenwood University. 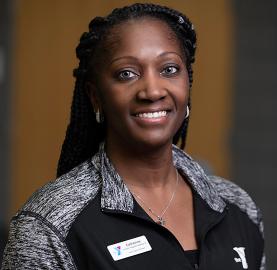 Catherine graduated in December 2008 from Wichita State University, earning her MA in Sports Administration. Catherine began working for the YMCA in June 2007 as a Site Supervisor at the Farha Sport Center. She joined the West YMCA in November 2009 as the Sports Coordinator, before coming back to work as the Sports Director at the South YMCA & Farha Sport Center in January 2011. In 2014, she transitioned to full time Director of Basketball Operations until May 2018 before accepting her as Senior Program Director and becoming Branch Director in 2021.

Our Board of Directors

The Greater Wichita YMCA’s board is an incredible group of volunteers who give their time, talents, and resources to help guide our organization and shepherd our commitment to serve the community and live our mission through our programs and offerings. Each of our branches has its own Advisory Board, and we have three boards that oversee our association-wide efforts and presence. The following is a list of our board members and officers as of March 1, 2020.

Expand all Collapse all
Executive Board 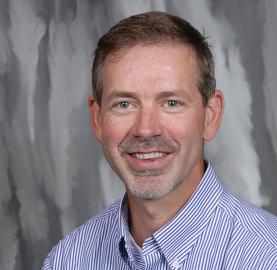 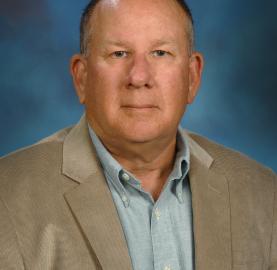 President and CEO, The Graham Foundation

Chairman of the Board, Don Hattan Chevrolet

Chief of Police, City of Wichita 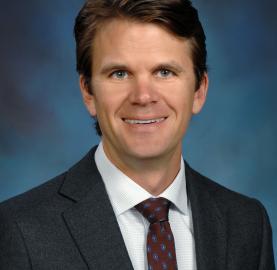