All hours
Expand all Collapse all
Branch Director 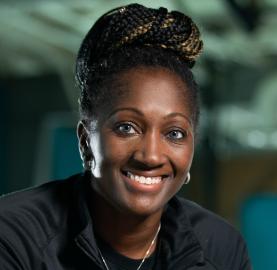 Catherine graduated in December 2008 from Wichita State University, earning her MA in Sports Administration. Catherine began working for the YMCA in June 2007 as a Site Supervisor at the Farha Sport Center. She joined the West YMCA in November 2009 as the Sports Coordinator, before coming back to work as the Sports Director at the South YMCA & Farha Sport Center in January 2011. In 2014, she transitioned to full time Director of Basketball Operations until May 2018 before accepting the role of Senior Program Director. She remained in that role until January 2021, when she accepted the role of Branch Director at YMCA Farha Sport Center.

Natalie attended Peru State College, graduating in 2010 with a bachelor’s degree in Business Administration. She moved to Wichita in 2009, where she was introduced to the Greater Wichita YMCA soon after becoming a member. In 2020, she joined the team at Farha Sports Center as an administrative assistant, where she splits her time working on philanthropy and administrative needs for her branch. Natalie is passionate about serving youth and families of the Greater Wichita YMCA and her community.